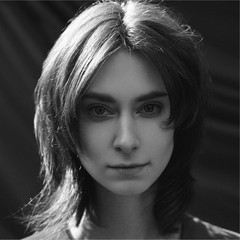 Remo has been a constant for me throughout my 10+ years as a drummer. Durability and consistency are most important to me with being such a heavy hitter and Remo has always had my back. The tones I can get from Remo heads are perfect for the kind of heavy rock I’m playing

When people ask me how I got started on the drums I always go through the same process in my head of trying to find memories of early an Emily Moon tearing through a kitchen and banging on pots and pans. That’s not how it played out for me though.

To be honest, I can’t even remember picking up sticks. Drums have always been apart of me from before I can remember. Growing up, being a famous drummer wasn’t an aspiration of mine.

I played percussion in the school band and was never forced by my parents to practice - I just did because I enjoyed it. I joined my high school’s drumline becoming the only girl on snare, went to drum camp and won best snare drummer. It was all very normal to me, like this is just what people do. I didn’t sit behind a drum kit until I was 15 years old but already had all of the chops, technique and coordination from marching band - which I soon quit after feeling the energy of what a full kit had to offer and what jamming with friends felt like.

From then on I was in bands.

Sure I grew up listening to the classics - AC/DC, Zeppelin, Queen, etc. - but those drum heroes didn’t inspire me until later on in my drum career. My inspiration came from within. I’ve always been a woman of few words but finally drums gave me something to say and I could say it LOUD. That is when drums became serious for me.

In 2016, I moved from my hometown Houston, TX to Atlanta, GA with only what I could fit into my truck - drums and clothes. Once settled, I reluctantly put an ad up on Craigslist looking for other musicians to play with and to my surprise ended up finding and joining the mischievous Starbenders. The sound we make is an alchemic blend of androgynous rock and roll power with stuck in your brain pop.

Starbenders are the catalyst of my drum career. It’s with them that I truly felt my drumming style come to light. I get to exorcise my demons beating the shit out of the drums and have moments where I tap into more expressive playing.