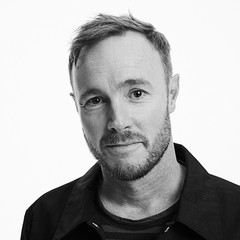 Eddie Fisher is currently in the studio writing and recording OneRepublic's third album. Fisher has contributed to over 20 albums over the course of his music career, playing for the likes of Adele, Chris Cornell, Kelly Clarkson, James Morrison, Eric Valentine, and has toured with John Mayer, JBJ, Maroon 5, and U2 among others. Fisher, a left-handed drummer, learned to play on a right-handed drum set. He now uses an ambidextrous setup with a 16 inch floor tom on the left and 14 inch on the right, with a 12 inch rack tom in the middle. "When I'm behind a kit," says Fisher, "I don't want to look at it as a left handed kit or a right handed kit. This set up allows me to move anywhere at anytime."