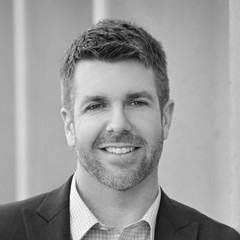 Michael Sammons, D.M.A. currently serves as the Percussion Area Head at the University of Utah. In addition to his work with the Utah Symphony Orchestra, he performs with the Ballet West Orchestra, Pioneer Theater Company and appears frequently with NOVA (New Music Chamber Series) and Utah Chamber Artists. As a performer, Sammons is recognized as a versatile performer in solo and chamber, symphonic, marching percussion and non-western musical styles. His work can be heard on NPR, ESPN, local media outlets and various recording projects including the Utah Symphony.

He has performed with orchestras in Florida, Arizona, and Alabama where he was percussionist / assistant timpanist with the Mobile Symphony Orchestra from 2008-2012. Sammons is an artist endorsee for Vic Firth Sticks/Mallets, Remo Drumheads, Sabian Cymbals, Grover Pro Percussion and a Yamaha Performing Artist.

Active as an educator, Sammons has served on the Executive Committee for the Percussive Arts Society as well as other various officer positions and is a contributing author to Percussive Notes and PAS Educators’ Companion. Sammons served as President for the Utah PAS Chapter from 2013-2016.

Sammons previously served as the Director of Percussion at the University of South Alabama (2008-2012) where he founded the USA Jag’ Drumline, USA Steel Band and World Music Group, touring extensively throughout the region. He continues to act as director and co-founder of the Treasure Coast Percussion Camp held in Vero Beach, Florida established in 2005.