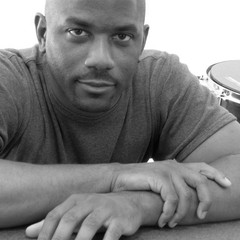 Mr. Cardwell was a Fellowship recipient with the Detroit Symphony Orchestra, and performed with DSO including recording and touring Eastern and Western Europe. Cardwell received a Bachelor of Music Education degree from James Madison University. He performed with the Houston Symphony Orchestra on an Orchestral Internship earning him a full tuition scholarship to Rice University where he received a Master of Music Performance degree from the Shepherd School of Music. Other credits include the Houston Grand Opera, the Spoleto Festival Orchestra in Italy and an international tour with the American-Russian Orchestra.

While living in the Detroit area he was a member of "Embaire" which performs West African and Western percussion ensemble music. Their work focused on the drumming of Ghana and Uganda, as well as, compositions for the Ugandan xylophone, from which the ensemble takes its name.

Founder of the jazz quartet, After Five, Cardwell performs Jazz, R&B, & Funk with several groups at local venues when not teaching privately at his percussion studio in Albuquerque.

Douglas feels, “Being able to express my passion for music on stage and educationally is a big gift I’ve been handed, and for that, I’m so very grateful!”