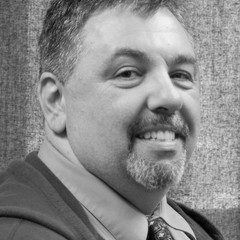 Dominick Cuccia's name has become synonymous with excellence and he is recognized around the globe as the leader in not-so-traditional rudimental drumming.

Following in the footsteps of rudimental legends Nick Attanasio, Gus Moeller, Les Parks, Jack Pratt, Earl Sturtze and so many more, Dominick has built a reputation as one of the "good guys" in the world of drumming. Known by many of his fans as the fife & drum guy, his knowledge as a teacher, musicality as a composer, power as a drummer and entertainment as a clinician, all sit in the shadow of his sincerity and passion about the art of drumming.

He is also considered by many to be a trailblazer for fife & drum performers, opening up doors and creating opportunity for the next generation of rudimental drumming stars. Many are now following in his footsteps taking their drumming to stages never available before.

Dreaded Drummer Productions is the outlet where Dominick shares music, legend and all things in the world of drumming! " I am a Dreaded Drummer" is the motto shared with Dominick as a teenager by the original dreaded drummers, Terry Brannigan and Ed Shook (RIP Dreaded Drummers!) Today, he carries the legend of the Dreaded Drummer proudly and every time he takes the stage there is a piece of both men with him.