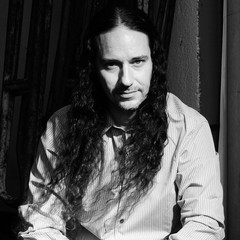 Derek Roddy has forever changed the face of Extreme Metal drumming and, is fast becoming one of the more influential drummers in the world today. Derek is by no means the originator of the blast beat but, one of it's biggest pioneers and educators, propelling Blast Beat drumming to the forefront of modern playing, in ways no other Extreme Drummer had done before him. A native of South Carolina, Derek grew up in a musical family and took to drumming at an early age - influenced by a variety of music. Originally inspired by his family, Derek was also inspired by drummers such as Buddy Rich, Gene kruppa, Billy Cobham, and Tony Williams, moving on to more commercial drummers such as Peter Criss, Tommy Lee, Eric Carr, Nicko Mcbrain, etc. Derek took an interest in metal music as a teenager, and began to hone his skills playing in bands and along to recordings. Derek first toured at the age of 18 as the drummer for punk rock pioneers Bedlam Hour. By his early 20s, Derek was a working musician - playing in a variety of bands, teaching drum lessons and working in the music retail field to support his interests. In 1996, he moved to South Florida and joined Malevolent Creation, with whom he recorded and toured. Over the next 10 years, he continued to record and tour with many ground breaking Extreme Metal bands - cementing his reputation as a phenomenal drummer in the Extreme Metal community. During this period, he produced his first instructional VHS for drummers, which went on to sell thousands of copies with virtually no promotion, advertising or help. In 2002, Derek launched his own website along with an online discussion forum dedicated to drumming and related topics. His popularity continued to grow with the rise of websites such as YouTube, where fans often uploaded footage of his playing. After parting ways with Hate Eternal in 2006, Derek broke new ground as a music educator. His 2006 instructional book, The Evolution of Blast Beats, was the first of its kind - documenting the history and composition of extreme drumming. In 2009, he teamed up with Hudson Music to release an instructional DVD titled, Blast Beats Evolved. In a music industry battered by changing times and new technology, Derek's career has not only remained intact - it's flourished! Raw abilities, devoted fans and a do-it-yourself work ethic have enabled him to thrive without publicity from record labels, high-profile gigs or major media outlets. Derek has become one of today's most popular clinicians - performing for audiences all over the world. In 2008, he was a featured performer at PASIC and the Modern Drummer Festival….and, has played on most every major drum festival worldwide. He's inked major endorsement deals with Drum Workshop, Meinl, Vater Percussion, Axis Percussion, Shure, and Remo. His signature products include the Meinl Serpent's Ride, Axis A21 pedals and his signature model drumstick manufactured by Vater. Both his website and online forum remain active - while videos of his drumming continue to garner millions of views on the web. Never one for nostalgia, Derek has formed a new band - Serpents Rise - and released their self-titled debut album through his website. As an artist and educator, Derek Roddy continues to push the limits of today's music.