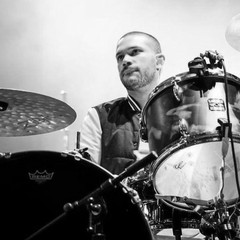 Drummer and Percussionist Demian Arriaga was born and raised in Caracas, Venezuela.  After graduating from Berklee College of Music in 2004, his first professional gig was with his favorite singer growing up: Gary Cherone from the legendary band Extreme. After performing with him, Demian decided to try making some of his other musical dreams come true and he moved to LA in 2007. Since his move, he has had the privilege of playing, recording, and/or touring with: Richie Kotzen, Nick Jonas and Victoria Justice as their drummer, and as a percussionist with: The Jonas Brothers, Iggy Azalea, Streetlight Manifesto and many more.

His most recent tour, Jonas Brothers’ Happiness Begins Tour was one of the most successful tours of 2020, breaking attendance records and bringing him to over 100 stages including Madison Square Garden, The Boston Garden, Wembley Arena, Ziggo Dome and countless others.

His biggest passion is teaching, and has worked with countless students. He currently produces and hosts The Music Mentor Podcast, which he uses to motivate, inspire, challenge and empower all listeners to help them make their musical and artistic dreams become a reality.

As a solo artist Demian has released 3 handpan albums, performing all instruments, producing the songs and writing the music.

" Mangini, Dicenso, Ulrich, Portnoy, Guiliana, Colaiuta, McBrain, Torpey, Lee, Castrillo, Copeland, Escapa, Lopez, Lawless... That's WHY!! Remo has been a part of my musical journey since the very beginning. The sounds those drummers had were the reason why I became a drummer and today they push me to get better, to explore more and grow.  Beyond the tones, there's reliability, construction, and reliability. Walking up to stage and seeing the Remo Crown is an instant positive feedback and makes me feel like I'm safe and got all I need to serve the music and artist I'm working with. "  -Demian Arriaga