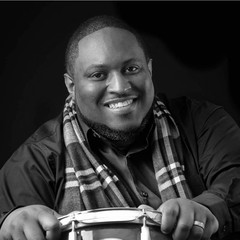 Born and raised in Winston Salem, NC, DeCarlos got his musical start in church at the age of 5. Throughout his musical career, DeCarlos has had much success, with his latest accomplishments being; In 2014, DeCarlos was awarded "Musician of the Year" and Entertainer of the Year" at the Forsyth County Awards ceremony. DeCarlos started an organization by the name of, Drummers United. This organization is not only about teaching drums, but DU is also about teaching morals, setting goals and getting involve with local schools, churches and communities.

Influenced by drummers such as; Dennis Chambers, Billy Cobham, Horacio Hernandez and many others, has helped build him mentally and physically to be creative and expand his different styles. Over the past few years, he has gained a lot of attention through social media reaching thousands across the globe. He’s currently the drummer for Brothers Pearl and occasionally plays with jazz legend, Bob Sanger. His solo project is his main focus, in which he will feature some of his favorite musician friends, including his friend and mentor, the world renown Dennis Chambers. His endorsements include Pearl Drums , Turkish Cymbals, Remo Drumheads, Los Cabos Drumsticks, Humes & Berg Co., and TnR Products.