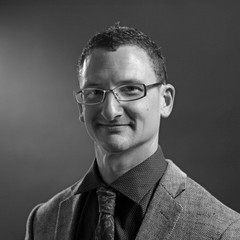 David Whitman is an internationally renowned recording artist, and one of Southern California’s preeminent percussionists. Praised for his versatility and musicianship, he possesses a high level of skill across a broad range of percussion styles and ensemble situations. Critics provide affirmation; “His spirit echoes the playing of Art Blakey,” and “his goal of capturing the high standards of … prestigious jazz labels is dazzlingly achieved,” with playing that is hailed as “swinging,” “mesmerizing,” and “invigorating,” with “mesmerizing brushwork,” “youthful exuberance,” and “deft technical skill.”
As a young man, David earned a Master’s and Doctoral degree in music, putting his high level of energy and drive to good use. An internationally recognized jazz recording artist, David has also performed as a percussionist with Jimmy Dorsey Orchestra, The Who, Peter Townshend, San Diego Symphony Orchestra, San Diego Opera, Itzhak Perlman, Meridian Symphony Orchestra, San Diego City Ballet, Pacific Lyric Opera Association, Chippewa Valley Symphony Orchestra, Johnny Mathis, Weird Al Yankovic, Roger Nierenburg, Michael Feinstein, Ledisi, Bernadette Peters, The Legend of Zelda Symphony Orchestra, touring Broadway shows and world premieres, and so so many others.
David’s first album as a leader, ("Oh, Clara!") was recently released on the North Park label to critical acclaim, winning an Independent Music Award for Best Instrumental Jazz Album in 2018, as well as a nomination for Best Producer. His second album as a leader (“Soul Flow”) won four Global Music Awards (Production, Composition, Jazz, Album --- all Silver), and three additional Independent Music Award nominations (Best Jazz Song, Best Blues Song, and Best Producer). His most recent jazz septet album (“Oh, Hugo!”) has also won multiple international awards and recognition and is his second effort to come out on the Ropeadope Records label.
Dr. Whitman has also served as faculty in the School of Music and Dance at San Diego State University for 13 years. He is a member of the International Academy of Performing Arts and Sciences, an adjudicator for the European-based International ENKOR competitions, and a proud REMO Artist. His most recent solo work, “Hope,” premiered at the April 2021 Ropeadope Records Music and Arts Festival, and is a work about depression and struggle, as much as hope and light. In 2020 he composed “FAIR WAYNE" in response to the 2020 Supreme Court decision to deny Fair Wayne Bryant's request for a review of his sentencing. In 2019, The University of Wisconsin-Eau Claire awarded David their most distinguished President’s Award---a highly scrutinized award for success in the chosen field and the highest honor that can be bestowed upon an alumnus of the school.