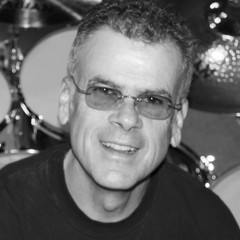 Born in Oakland, California, David grew up just East of San Francisco. Through his fascination for drums, he began playing music at age 10. His parents bought him his first drumset in high school and the rest, as they say, is history. By age (17) David began his professional career by 1966, the Vietnam War brought uncertainty. Upon waiting for his draft into the Army, his future changed when it was suggested he enlist in the United States Air Force and become a member of the 724th United States Air Force Band. After his discharge from military service, he returned to his home in the San Francisco Bay Area and in the summer of 1970 David joined Tower of Power. It was in this setting that David became one of the most influential drummers of his generation and became known as an innovator in funk drumming. He has since appeared in a variety of studio and live settings including work for television and film. His credits include work with artists including: Patti Austin, Natalie Cole, Larry Carlton, Mickey Hart's Planet Drum, Jermaine Jackson, Ray Obiedo, the Buddy Rich Orchestra, Boz Scaggs, Talking Drum,s, Gino Vanelli, Deniece Williams, the Yellowjackets and Wishful Thinking. David's books and videos are available through Alfred Publishing and Warner Brothers Publications. Over the last couple of years David has been working with 'Doc' Kupka as the drummer in 'Doc's' special project, The Strokeland Superband. Recently, he had been touring with the singer, RAD. RAD has featured the Tower horn section on one of her CD's. In January 1998, David Garibaldi rejoined Tower of Power and continues touring with them.