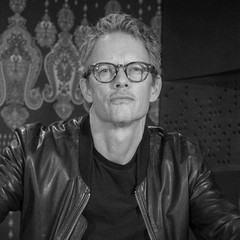 In high school, Dave began playing locally in the Seattle/Tacoma area. His first band was called Outrigger and was formed with his friends from school.

In 1990, Dave was recruited in by bassist Jeff Ament and guitarist Stone Gossard to be the drummer for Pearl Jam. He recorded the band’s debut album, Ten, which was released in August of 1991 on Epic Records. The album produced three hit singles: "Alive", "Even Flow", and "Jeremy" and has been certified diamond by the RIAA in the United States. Over 13.5 million copies of the album have been sold and it’s been listed among the “greatest albums of all times” by Rolling Stone Magazine, VH1 and the National Association of Recording Merchandisers, among others. The album was re-issued in 2009 in four editions.

In 1994, he co-founded Diamond Star Halo with Aaron Seravo. The band was completed by Singer Bo Bligh and bassist Steve Martin, and released their first record in 1995 tilted "In The Rough" on Regal Recordings, which was mixed by Kelly Grey and produced by Cristopher Thorn of Blind Melon and Kevin Martin of Candlebox.

In the mid-1990s, Dave joined Beth Liebling and Ryan Shinn in the band Hovercraft to tour and record the album Akathisia (1997).

In 1997, Dave joined Candlebox and recorded the album Happy Pills (1998). Years later, he recorded eight tracks on their album, Into the Sun (2008) and their latest album, Love Stories and Other Musings (2012).

In 2000, Dave played played drums with Brad Smith, Christopher Thorn and Chris Shinn in Unified Theory on its self-titled album.

Krusen was inducted into the Rock and Roll Hall of Fame as a member of Pearl Jam on April 7, 2017.

His band, Sons Of Silver, is an American, indie-rock band from Los Angeles.