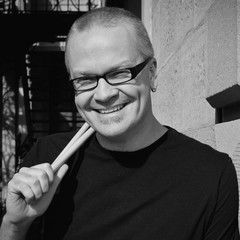 Jazz critic John Clare has described Dave Goodman as ‘one of the leading drummers in the country’ and ‘[one of] the most intriguing drummers recording anywhere’. At just eighteen, Dave received an invitation to join the renowned Mike Nock Quartet and, at twenty, came second in the prestigious National Jazz Awards. Today, he is, undoubtedly, one of Australia’s most important jazz drummers.

This is evident in the long list of luminaries – both Australian and international – with whom Dave has worked: Joe Lovano, Kenny Werner, Bernie McGann, James Morrison, Don Burrows, Vince Jones and Mark Isaacs, to name just a few. At present, he is a key member of several of Australia’s finest ensembles, including Ten Part Invention, Kevin Hunt Trio, and Matt Keegan Trio. ‘Dave’s infectious love of music, his dedication to jazz drumming and his melodic approach to the drumset have been a source of inspiration to me for twenty years,’ Matt says.

Combining technical mastery with profound musicality, Dave’s drumming is celebrated for its powerful melodic sensibility and, most importantly, its distinctive voice. Chief influences include Jack DeJohnette, Peter Erskine, Roy Haynes, Steve Gadd, Idris Muhammad, Elden C. “Buster” Bailey, and Mel Lewis. 'I love them fundamentally because they are uniquely creative, groovy, and original in playing the exact essence of what each piece of music requires,' Dave explains. 'I aspire to this in my own work.'

Following in the footsteps of his predecessors, Dave is a genuine innovator: relentlessly imaginative and constantly evolving. His professional experience has been augmented with extensive study, both formal and informal. He holds a First Class Honours degree in Jazz Performance and a PhD in Jazz Drumset Performance Studies from the Sydney Conservatorium of Music, and has studied under several world-class musicians, including Billy Hart, Joe Morello, Jim Chapin, Gordy Knudtson, and Chad Wackerman.

As a bandleader and composer in his own right, Dave counts numerous creative projects under his belt. Previous undertakings include Dave Goodman’s Strange Loop, featuring guitarist James Muller; eleven-piece ensemble Game 1A: Chess; Ad Infinitum, which was commissioned for a recording by the ABC’s Jim McLeod’s Jazztrack; and performing at the prestigious Wangaratta Festival of Jazz and Blues with his quartet.

Dave is currently building an extensive, dynamic online resource allowing students and drummers to access invaluable information and keep up with Dave’s educational activities and events. As an educator, Dave draws on over twenty years of teaching experience from previous appointments at prominent institutions such as Sydney Conservatorium of Music, and his pedagogical vision is ‘to help aspiring drummers to realistically evaluate and improve their own rate of progress over time by establishing and adhering to a regular practice routine that includes musicianship, technique, repertoire, improvisation, and performance studies’.