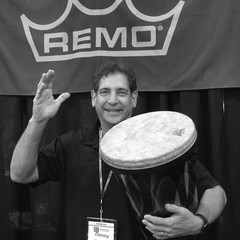 In addition to his career as a performing and recording artist, Danny is also an accomplished educator and author. He is an Associate Professor of Jazz Studies at the University of North Florida in Jacksonville, Florida. He recently released an acclaimed drum set textbook, The Evolution of Jazz Drumming (Hudson/Hal Leonard), and has also released 10 educational drum DVDs, (including three with long time teacher, the legendary Joe Morello (Natural Drumming, Vol 1-3, Mel Bay) and co-authored two texts with Michael Green (The Drummer’s Workbook for Control and Creativity, In the Style of the Modern Jazz Masters, Mel Bay).

Since 2004, Danny and his wife, percussionist Beth Gottlieb, have been members of  actor/bassist Gary Sinise’s Lt. Dan Band. The 13-piece band performs 30-40 concerts per year around the world, 75% of which are benefit concerts for the USO and the US Military. They have performed in Afghanistan, Kuwait, Walter Reed Hospital, The Pentagon, 29 Palms, Luke AFB, Camp Pendleton, and the Great Lakes Naval base.

Danny has been featured on the cover of Modern Drummer, DownBeat, Drums and Percussion, Rhythm, and Drum Scene Magazines. He icurrently authors a monthly article about jazz drumming for DRUM! magazine.