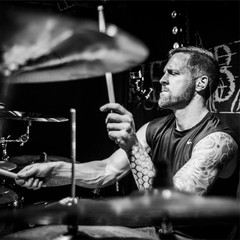 Dan is the powerhouse behind progressive metal band Ne Obliviscaris. Known for his precise execution in the metal genre, he also brings a tasteful level of musical creativity to drumming.

Hailing from Melbourne, Australia, Dan has been a touring musician since 2012, and has been a prolific studio and live sesson musician in recent years. Although he is self taught, Dan has sought out lessons over recent years with some of the worlds top drummers to further his craft. Some of his biggest drumming influences are Danny Carey, Derek Roddy, Eric Moore II, Dave Haley and Tony Royster JR.