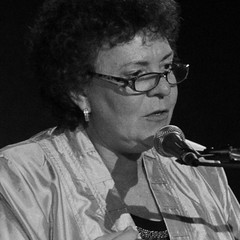 A pioneer in the field of music therapy, Dr. Concetta Tomaino, D.A., MT-BC, LCAT is both the Executive Director and co-founder of the Institute for Music and Neurologic Function (IMNF) and the Senior Vice President for Music Therapy at CenterLight Health System, (formerly Beth Abraham Family of Health Services) Internationally known for her research in the clinical applications of music and neurologic rehabilitation, Dr. Tomaino has lectured on music therapy throughout the United States and in Argentina, Australia, South Africa, Italy, England, and Canada. A past president of the American Association for Music Therapy, Dr. Tomaino was honored at the United Nations with the Music Therapists for Peace Award of Accomplishment. Her work has advanced the state of the art and science of music therapy for individuals suffering the effects of brain trauma including stroke, or who are afflicted with such degenerative neurological diseases as Parkinson’s, Alzheimer’s and other forms of dementia.

Dr. Tomaino’s work has been featured on national programs including 48 Hours and 60 Minutes; on international programs including the BBC; and in books on health and healing, including A Matter of Dignity, by Andrew Potok; The Mozart Effect, by Don Campbell; Age Protectors (Rodale Press); Sounds of Healing, by Mitchell Gaynor, M.D; and An Anthropologist on Mars, by Oliver Sacks, M.D. Dr. Sacks' book Musicophilia is dedicated to her.

Prior to earning a Masters and Doctor of Arts in Music Therapy from New York University, Dr. Tomaino was graduated with a BA in Music Performance (with a minor in psychology and sciences) from the State University of New York at Stony Brook. She joined the Bronx, NY-based CenterLight Health System in 1980 and soon became one of the foremost proponents of the emerging field of Music Therapy. Fifteen years later, Dr. Tomaino helped found the IMNF with Oliver Sacks, MD.  Dr. Tomaino is on the faculty of the Albert Einstein College of Medicine, the ATTP II team of the National Parkinson’s Foundation and the New York State Geriatric Education Consortium. A founding board member of the International Association for Music and Medicine; Dr. Tomaino was a Super Panelist for the GRAMMY in the Schools program and has served on the Certification Board of Music Therapists, the Journal of Music Therapy, and on the advisory boards for the Center for Alternative Research at the Kessler Institute, and the International Journal of Arts Medicine.

Dr. Tomaino is the recipient of numerous honors and accolades, including a Touchstone Award from “Women in Music” for her visionary spirit, the 2004 Music has Power Award from the IMNF and the Zella Bronfman Butler Award from the UJA-Federation of New York in partnership with the J.E. and Z.B. Butler for outstanding work on behalf of individuals with physical, developmental or learning disabilities. Dr. Concetta Tomaino was honored as one of “Three Wise Women” by the National Organization of Italian American Women and awarded the prestigious Lifetime Achievement Award by the American Music Therapy Association.