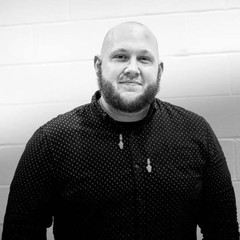 Cole Williams is a composer, arranger, and educator from Guthrie, Oklahoma. He holds a Bachelor of Music in Music Education from Oklahoma State University, and a Master of Music in Music Performance from the University of Arkansas. Currently, Cole is the Adjunct Professor of Percussion at the University of Tulsa in Tulsa, Oklahoma. In this capacity, he works with the Sound of the Golden Hurricane Marching Band, teaches private lessons, conducts the Percussion Ensemble, and instructs a Percussion Methods class for Music Education majors.

A diverse arranger noted for his musicality and professionalism, Cole writes for distinguished groups around the country. Working with top wind arrangers in the activity such as Will Pitts, Steve Vento, John Georgeson, Andrew Anderson, Luke McMillan, Ben Lee, Alex Thode, and more, his work has been featured by winning ensembles in Arkansas, Florida, Georgia, Kentucky, Illinois, Indiana, Minnesota, Mississippi, Missouri, Nebraska, New Mexico, North Carolina, Ohio, Oklahoma, Tennessee, Texas, Virginia, and Wisconsin. In addition to his fall arranging responsibilities, Cole is an avid Composer/Arranger for indoor percussion ensembles, and maintains a strong track record within the WGI realm.

As a performer, Cole has had the privilege of playing in several respected ensembles at Oklahoma State University and the University of Arkansas. He has performed at the Oklahoma Music Educator's Association Winter Convention, the College Orchestra Director’s Association Convention, the Percussive Arts Society International Convention, the Collegiate Band Directors National Association Convention, and the Japan Band Clinic. Professionally, Cole has performed as a member of the Arkansas Philharmonic Orchestra and Opera Fayetteville. In addition to his activity in the concert percussion realm, Cole is also an avid marching percussion enthusiast, and spent two summers with The Troopers Drum and Bugle Corps (2012-2013) as a quad player.

Cole is a sought after educator in the marching percussion realm. He is the Executive Director of Resistance Indoor Percussion. In addition to Resistance, Cole has served as a Percussion Instructor for several high schools, including Alma High School (AR), Guthrie High School (OK), Stillwater High School (OK), and Yukon High School (OK). He has also served as the Caption Head and Arranger of the Oklahoma State University Winter Drumline, a group designed to help high school and college students polish their rudimental skills. From 2014-2016, Cole spent three seasons as the Assistant Percussion Caption Head/Tenor Technician for the Cascades Drum and Bugle Corps. Most recently, Cole was the instructor for the University of Arkansas Razorback Drumline.