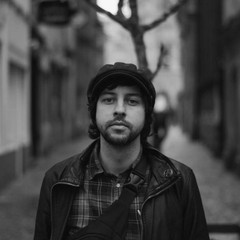 Clayton "Goose" Holyoak (born April 27th, 1985 in Salt Lake City, Utah) is an American Rock Musician known in bands such as Every Time I Die, Norma Jean, Fear Before The March Of Flames, and Orbs.

Clayton picked up the Drums in the 6th grade joining the school jazz and concert bands and eventually made his way to SLC’s punk scene playing in countless local bands and touring straight out of high school and releasing “No Battle!” With Salt Lake’s Her Candane. Clayton got attention from International touring band Fear Before The March Of Flames in 2006 and recorded and released “Fear Before” in 2009. After extensive world wide touring the band eventually dissolved in 2010. Clayton teamed up and formed with super group, Orbs and released “Asleep Next To Science” in 2012. That same year Clayton was contacted by Norma Jean and began writing their 6th record, “Wrongdoers”, released in 2013 and “Polar Similar” released in 2016 touring extensively throughout until late 2017 when Clayton joined Every Time I Die, touring alongside bands such as Fall Out Boy, Mastodon, and Coheed and Cambria. Clayton recorded Every Time I Die’s 9th record with Will Putney in February of 2020 currently untitled, but is scheduled to release September 2020.