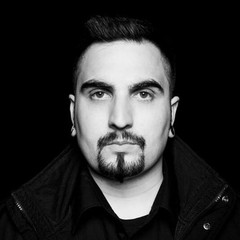 Christian Nativo is a freelance drummer and educator based in Melbourne, Australia.  He has toured Australia, New Zealand and Europe with the Australian band Vanishing Point (2007 - 2014) supporting international bands - Iron Maiden, Dragonforce, Joe Satriani, Helloween and Sonata Arctica. Christian has also toured Japan (2012, 2013, 2014 and 2016) with Melbourne based female fronted alternative/grunge band Lucy's Crown. The band has two albums released world wide ("All in Lace" and "Coloured Rain" available through GrindHouse Records, Japan) which both feature Christian on drums (recorded with Lindsay Gravina of Birdland Studios).

Christian now performs with a number of corporate cover bands and original bands both in Melbourne and all around Australia. One of Christian's main national touring positions since 2016 is with the tribute band "Bjorn Again" performing the hits of ABBA. Bjorn Again have now toured over 100 countries worldwide, staging concerts at Wembley, The Sydney Opera House and The Royal Albert Hall to name a few.

Christian's drum teaching appointments at various Secondary Schools as well as owning his own music school keep him connected to the grass roots of music education which he is very passionate about. Christian also teaches from his Home Studio in Melbourne and is also available for recording sessions both in his home studio and on location in Melbourne.