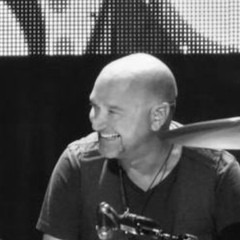 Power and precision. These are the hallmarks of drummer Chris Ralles. Touring and recording with gold and platinum recording artists for 25 years is no easy feat, yet Ralles has managed to do so, sharing the stage with Pat Benatar, Don Felder, Kenny Loggins, Jimmy Messina, Christopher Cross, Poco, Dave Koz, Ambrosia, Badfinger, Peter & Gordon, Skrapp Mettle, Maia Sharp, Richie Furay, Spencer Davis, Dave Mason and Michael McDonald. When asked about the secret to his success, Ralles says, “I’ve been very lucky. I work hard on the material. I show up on time and I wear a clean shirt.”

With a long-standing reputation as the consummate professional, Chris Ralles will consistently deliver exactly what the artist needs, always bringing a unique sense of dynamics and feel to every performance.

Here are some quotes from a few artists with whom Chris has had the pleasure of working:

"Chris Ralles is one of those rare combinations of a great guy and great talent. He has the musical sophistication to be able to morph into whatever style of drumming I might need to feel for each song, a particularly challenging request on my gig, as I range from R&B to Country to straight ahead rock within a two hour show." - Kenny Loggins

"Chris is a gifted player, with an innate sensibility for working with songwriters. His playing is dynamic, and stylistically unique, but he has a 6th sense for playing exactly what the song needs. A rare talent reminiscent of my friend, the late, great Jeff Porcaro." - Christopher Cross

"Chris Ralles puts the song first. He's a great drummer who has the chops to take over the stage but he'd always rather serve the ensemble than his own ego. The huge bonus for musicians who tour with him is that he's like that offstage as well." - Maia Sharp