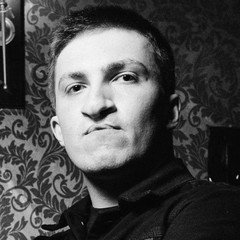 Cam is a professional Drummer from the UK, with experience in touring, recording sessions, live radio, festivals, musicals and corporate events.

In 2018 he Graduated from ACM Guildford with a First Class BA (Hons) Music Performance Degree. Where he studied under Pete Riley (Republica, Phil Hilborne), Andrew Small (Freelance Drummer, Kylie MD), and Tobias Drummond (Cliff Richard, Wicked). Whilst in his final year, he was chosen out of many musicians who auditioned to represent ACM in their House Band. A professional band who performed weekly to fellow students, industry guests and artists who partake in the session.

Cam Is Currently on a Arena/Theatre Tour around the UK and abroad tour with the Tour, Lost In Music. Cam has gone on a World Tour with the Worlds best selling George Michael Act, FastLove; which included countries such as The Netherlands, Germany, Dubai and Australia. He has worked in the studio with producers such as John Gallan (Queen) and Steve Wilkinson (The Rolling Stones). And has recorded at Metropolis Studios London and PSL Studios.

“Remo is my go to company for drum heads. I’ve used them ever since I started drumming and sound awesome. They make my sound. The feel of them when I drum, the look, the sound; all perfect. To endorse and be a part of a great company, will always be an honour.”