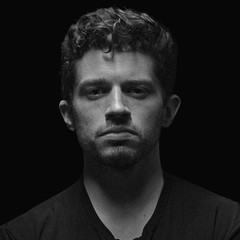 Bryan Garbe has been playing drums and percussion for nearly two decades. He has toured with several rock bands, percussion ensembles, and steel bands throughout the U.S. and internationally. He has been teaching drums, percussion and steel pan for over ten years and for the past four years he has also been teaching guitar, ukulele, bass and piano. Bryan endorses Remo Drumheads, Vater Sticks, Dream Cymbals and Luna Guitars and Ukuleles.

Bryan is currently based in Brooklyn and teaches drum set, guitar, ukulele, bass and piano at the Williamsburg School of Music. He teaches private lessons to all ages as well as adult group drum classes and ukulele classes. Bryan plays in several bands in NYC and is constantly working as a freelance musician. His main project, Oak & Ash have been making some big steps forward, including opening for Bon Jovi at Madison Square Garden, Andy Grammer at the Paramount Theatre in Long Island, and CeeLo Green at the Alive at Five music festival in Connecticut. Please visit oakandashmusic.com

From 2011 to 2017, Bryan was the Vice President of the Connecticut Percussive Arts Society; an international group of drummers and percussionists that focus on enhancing musical education, pas.org. He is the creator of the CT PAS Artist Spotlight series, a monthly promotional post to shine a light on Connecticut drummers, percussionists, and ensembles.

Bryan began taking drum lessons at the Jim Royle Drum Studio in Bridgeport, Connecticut and was introduced to the world of percussion. At the studio he learned at a young age how to read music and play a wide variety of percussion instruments. Because of his solid foundation in the percussive arts, Bryan taught himself piano, guitar, ukulele, bass and delved into composition, in particular on the steel drum.

Bryan’s special talent began to develop and was recognized by his teacher, Jim Royle. At 13 years old, he auditioned and was accepted to perform with the drum studio’s top percussion ensemble that tours internationally. From 2003 through 2006 the ensemble performed at Bands of America, PASIC, and on board the Carnival Cruise Lines, traveling from New York to the Bahamas and Jamaica. In 2007 he toured the United Kingdom performing at the Royal Academy of Music and the Birmingham Day of Percussion. In 2009 he toured through Italy, playing at the Bressanone Arts Center and at the Concino Opera Hall.

In 2011, a trip that forever changed his love of the steel pan, he toured across Trinidad and Tobago, as the Assistant Director of the Steel Band and accompanied by steel pan virtuoso, Tracy Thornton. Being in the country where the steel pan was born, raised his passion for steel pan to a whole new level.

In 2013 Bryan traveled to China to co direct the Jim Royle Drum Studio Percussion Ensemble and performed at the 9 Beats Performing Arts Center and the Beijing International School.

In 2015, Bryan traveled to Ireland to give a drum set, percussion, and steel pan clinic at the Royal Irish Academy of Music in Dublin. He then booked a solo tour playing steel pan in Galway at the Roisin Dubh and Sweeneys in Dublin. While in Galway he join the band My Fellow Sponges and played a sold out show at the An Taibhdhearc Theatre and in the Town Hall for the RTE National Irish Radio.

Bryan has met many inspiring individuals along the way that have pushed him forward and gave him a musical road map to follow. He has studied and performed with many great musicians, such as Mike Johnston, Dom Famularo, Will Calhoun, Winard Harper, Mike Clark, JP Bouvet, Joe Bergamini, Liam Teague, Chris Hanning, Memo Acevedo, and Marko Djordjevic.

Bryan is very grateful to be a part of any musical project. He is always looking forward to musical opportunities and will never stop learning and sharing the knowledge of music with others.