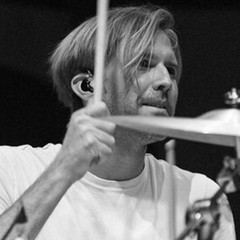 Brooks Wackerman is an American musician and songwriter. He is the current drummer of heavy metal band Avenged Sevenfold, which he joined in 2015. His first album with Avenged Sevenfold was The Stage (2016). He is most known as the former and longest-standing drummer of American punk rock band Bad Religion (2001 to 2015).

Wackerman has also performed, either as a member or a session or touring member, with Bad4Good, Infectious Grooves, Glenn Tipton, Mass Mental, Suicidal Tendencies, The Vandals, Avril Lavigne, Korn, The Kidneys (in which he sang and played guitar, releasing two albums), Fear and the Nervous System, Tenacious D, Farmikos, Tom Delonge, and Big Talk.

"When I hit a drum I need projection and a sonic identity to pump through an audience. REMO is my answer."  -Brooks Wackerman