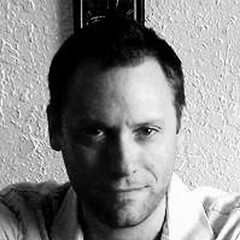 Dr. Truly relocated to Chicago, IL in 2013 from Miami, FL where he resided since 2006. He currently teaches Applied Percussion, Ear Training and Sight Singing at Morton College; Mallet Technique, Percussion Ensemble, and Music Theory at Chicago High School for the Arts (ChiArts); and Music Theory at The Merit School of Music. In addition, he is also a private percussion and piano instructor, a percussionist/accompanist with the Chicago Dance Institute, a percussionist with Callaloo, and a freelance drummer and percussionist with several groups around Chicago. Prior to this, he was an orchestral percussion instructor with Sistema Ravinia, and the Front Ensemble Director of the Marching Falcons at Wheaton North High School.

While in Miami, Dr. Truly was an Adjunct Percussion and Drum Set Instructor at Nova Southeastern University; Broward College; Miami Dade College; Florida Christian School; Miami Arts Charter School; Palmer Trinity School; SoBe Institute of the Arts; Ransom Everglades School; and The New World School of the Arts, where he also taught music theory, sight singing, and ear training. Dr. Truly also regularly performed with the Florida Grand Opera, the Palm Beach Opera, the Palm Beach Symphony, and the Boca Symphonia, among others. In addition, he was a percussionist and mentor with the Ars Flores Symphony Orchestra, a percussion coach/performer with the Miami Music Project, and an instructor in the ESMIA Program (El Sistema Miami).

Other performing credentials include the Chicago Arts Orchestra, the Mobile and Pensacola Operas, the Pensacola Symphony Orchestra, the Jofferey Ballet, the American Ballet Theatre, the Florida Symphony Orchestra, and as an extra with the New World Symphony, to name a few. Before moving to Miami, Dr. Truly served as the principal percussionist of both the Mobile and Gulf Coast Symphony Orchestras, the latter of which he was a featured marimba soloist. In addition to classical performance, Dr. Truly has performed countless musicals, and hundreds of drum set performances ranging from churches to music festivals all across the Gulf Coast, South Florida, and Chicago.

Having developed an interest in Afro-Cuban percussion while living in Chicago and working towards his Masters degree, Dr. Truly continued his studies and eventually went on to publish his DMA Doctoral Essay, written at the University of Miami, entitled: The Afro-Cuban Abakuá – Rhythmic Origins to Modern Applications. In November of 2010, he was invited to present a lecture/performance demonstration of this essay at the Percussive Arts Society International Convention (PASIC).