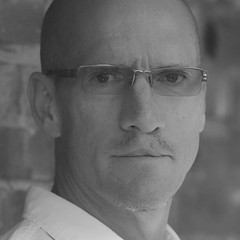 Clinician, arranger, and performing artist Bret Kuhn served as caption head and percussion arranger for the world champion Cavaliers Drum and Bugle Corps. He won 6 world championships and 5 high percussion awards during his tenure.
Bret also consulted with The Bluecoats Drum and Bugle Corps from 2006-2008. In 2010, he served as program coordinator for The Colts Drum and Bugle Corps. He was the battery arranger with The Phantom Regiment Drum and Bugle Corps from 2014-2016. Bret has been on staff with The Cavaliers as an ensemble specialist since 2018.
Bret is a graduate of Truman State University. During college, he was a member of the Disney World All-American Band and has performed with such artists as Bobby Shew and Rich Matteson. As a professional player in Chicago, he has played with The Chicago Big Band and the Mayo Tiana Big Band.
Bret is adjunct faculty at Northern Illinois University and Prospect High School. He is very active as an arranger for various high schools and universities throughout the United States and Japan. He also arranges for the Aimachi Marching Band and Indoor Drumline from Nagoya, Japan. They were Bronze Medalists at WGI in 2006 and 2008. He travels extensively, performing and presenting clinics across the United States, Japan, and Europe for Yamaha, Zildjian, Remo, and Innovative Percussion.
Bret has judged Effect Music for WGI since 2013, as well as many other indoor percussion circuits across the country.
Bret has written articles for publication in Percussive Notes magazine and served on the board of directors for The Percussive Arts Society from 2005-2012. Bret is also a member of the American Society of Composers, Authors and Publishers, better known as ASCAP.
For more online resources from Bret, please visit his continually growing library of videos and classes for students and directors covering beginning percussion, marching percussion, drum set, and more, now available on ensemble block at https://bretkuhn.ensembleblock.com/.