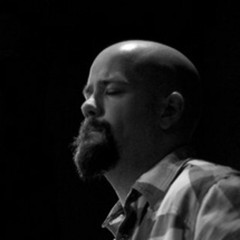 Brandon Graves is a performer and educator based in Lawrence, KS. He is the Head Drumline Instructor at the University of Kansas and the Director of the Music School and Faculty Percussion Instructor at the Culture House in Olathe, Kansas. In addition to a full teaching schedule, Brandon is an in demand clinician and performer on drum set. He can be seen playing drums locally with his band the Wrong Kata Trio as well as backing up local artists such as Mandy Boothe and Christena Graves.

Brandon has played hundreds of live shows across the country with artists such as Waterdeep, Tim Halperin, Christena Graves, The Khrusty Brothers, Don Chaffer, Sara Swenson, Brian Baggett, Amy Marcus, Darrell Evans, Brad Kilman, Paul Wright, Paul Clark, and Andrea Hamilton. Brandon was a founding member of the band Waterdeep, with whom he spent many years touring the country and recording. Recently, he was featured on the Vic Firth home page performing his piece Between the Waters.

From 1998 to 2011, Brandon was on the percussion staff for the Blue Springs High School Golden Regiment who placed 16th at BOA Grand Nationals in 2011. Brandon is also a former member of The Cadets Drum and Bugle Corp and Masquerade Drum and Bugle Corp.

Brandon is a constant student of percussion and his desire to learn has led him to study with great percussion educators including, Tom Aungst, Mike Stevens, Ed Argenziano, Todd Strait, Dr. Tom Morgan, Bruce Becker, Kevin Bobo and Doug Auwarter.

Brandon is a Yamaha Artist/Clinician, REMO clinician/educator and a member of the Vic Firth Educational Team and can be found on his YouTube page Brandon Graves Music.