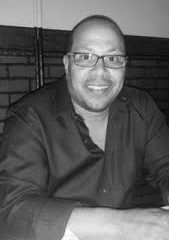 Born and raised in New York City, Bobby's foundation in Afro-Cuban Percussion commenced at the age of three. With the patient and constant guidance of his Uncles Angel Allende and Papiro Allende (well-respected musicians) Bobby embarked on a journey that has taken him around the world twice over. His dedication to his craft and spirited personality has earned him the respect of some of the top names in the industry. His performances with Buddy Rich on the Mike Douglas Show (age 7) and with Julio Iglesias at Madison Square Garden (age 10) helped open the doors of opportunity. At a performance at Madison Square Garden the legendary Tito Puente invited Bobby to perform alongside him. Thus, the formation of the juvenile group the "Rumberito All Stars" was born. The group continued to be the opening act for Tito Puente through 1980 and allowed Bobby to refine his craft under the supervision of a legend. Bobby moved on to work with and tour with many other Latin musicians such as Hector Lavoe, Jose Alberto "El Canario", RMM All Stars and Ruben Blades among an extensive list of many others. Later, he became the Musical Director for Willie Colon, Marc Anthony and La India. Bobby's expertise does not only limit him to the Latin Music Industry but has given him the opportunity to work with the likes of David Byrne, Grover Washington, Jr., Rodney Jones, Spyro Gyra and Marion Meadows. His versatility with Latin rhythms did not escape the sights of Paul Simon and earned him a place in the orchestra for the Broadway musical "The Capeman." It also afforded him the opportunity to continue his working relationship with Salsa/Pop performer Marc Anthony. In addition to his work with the New Santana Band, Bobby is currently the Musical Director for Tito Nieves and a member of the Grammy winning Spanish Harlem Orchestra. Bobby is frequently called upon as a Musical Consultant to audition and hire musicians, rehearse and create set lists for new artists. His strong musical background and almost 30 years in the entertainment business have successfully allowed him a natural progression into this role.