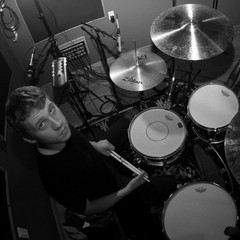 Billy Rymer started playing drums at age six. He grew up listening to a variety of music and utilized his practice time over the years to develop a well versed approach in many different styles such as drum n bass, jazz, hip hop, latin, reggae, metal, punk, and hardcore.

Billy joined The Dillinger Escape Plan in December of 2008 until the band played its final shows in December 2017.

As of February 2020, Rymer has been performing as the touring drummer for Ho99o9.

“Remo brings life out of the drums like no other.  The Coated P77 is the perfect blend of attack and tonality."  -Billy Rymer