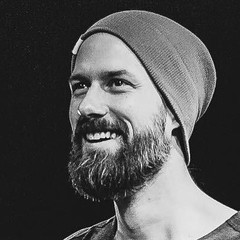 Born in 1980 in the town of Augsburg, Germany, Benny was given with his first set of drums when just six years old and so began his drumming journey. Initially, Benny was self taught, playing along to records before he took his first lesson when 12 years old and he quickly progressed to playing in punk bands before discovering rock and jazz and getting involved in the various bands that his school had to offer. In 1997 Benny began his full time study in earnest when he attended music schools firstly in Dinkelsbuhl and then in Hamburg.

Today, Benny can be found playing with a broad assortment of musicians, all demanding his tasteful and immaculate playing style. You can find him in rock settings with Stoppok and The Ron Spielman Trio, in jazz, with his own Benny Greb Brass Band. Pop and Funkmusic too receives Benny’s tasteful approach, recording and touring with Jerobeam. Benny has also played classical music, working with the NDR Orchestra on their Zappa project. Benny’s ability to mix jazz and rock finds him also working with fusion band 3ergezimmer. Allowing for his sense of humour to come to the fore, Benny performs with acoustic punk/cabaret act Strom & Wasser, clearly showing that no style is beyond his tasteful, yet fun loving approach. As well as the previously named artists Benny has worked with Christian von Richthofen, where the duo feature a car as a percussion instrument and of course, Benny is also a highly in-demand session player, not forgetting composer and producer. Benny’s pure love of the drums compels him to show other – particularly young players, his approach to the instrument and he regularly teaches at the Hamburg School of Music, the Popakademie in Mannheim, the Popkurs of the Hochschule fur Music and Theater in Hamburg and the Bandcamp of the Bayerische Musikacademie Hammelburg.

Benny tours globally, entertaining drummers worldwide with clinics for Sonor and Meinl at such high profile events such as the Montreal Drum Festival, Canada, Ultimate Drummers Weekend, Australia, the World Drum Festival, Germany, Drummer Live, UK, and at PASIC in the USA.

Benny writes, records and releases his own solo records with Grebfruit being one such release. The Language of Drumming – A System For Musical Expression DVD was released in 2009 on the Hudson Music label, showing his unique approach to drumming.