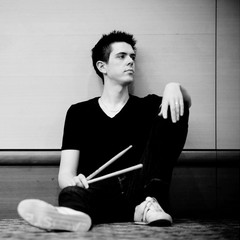 Ben Todd is a drummer, percussionist, composer and bandleader from Adelaide in South Australia.

Over the past 10 years, Ben has been touring the world with the internationally acclaimed "Cirque du Soleil" as

a featured drummer, percussionist and now bandleader with 3 of their shows, "CORTEO", "KOOZA" and most

recently "VOLTA". During this time, Ben has performed in Japan, Russia, The United States, Spain, Canada,

France, Belgium and England and performed over 1500 shows.

Prior to joining Cirque, Ben performed with a wide range of artists back in Australia including Kate Cebrano,

and Glen Shorrok, as well as playing in the pit orchestras for many musical theatre shows including the

Ben began playing drums at the age of 3, adding to an already large family of drummers (3 generations to be

exact). His first introduction to the instrument was from his father, who was a full-time freelance musician at

Before reaching high school, Ben had already toured nationally with various bands and was starting to make

his own mark on the professional Adelaide music scene. At age 13, he was accepted under scholarship to

attend the acclaimed Marryatville High School as a specialist music student. During his time at Marryatville,

Ben was part of the award winning "Big Band One" which led him to tour both nationally and internationally,

including performances in London, New York and Los Angeles.

sessions, musicals and corporate bands. This allowed him to develop an extremely versatile approach and had

him performing in a multitude of different musical environments. Ben also conducted several drum clinics and

workshops both in Adelaide and interstate.

In 2007, Ben was selected as a "James Morrison Jazz Scholarship" finalist, then in 2008, Ben was a featured

artist at the "Ultimate Drummers Weekend" in Melbourne, Australia. He would later be asked back to perform

again in 2015, this time in a duo format with Multi-Instrumentalist Adam Page. 2010 saw Ben release his debut

solo studio album, "20TEN" which featured all original compositions, and later released as a play-along

package for drums. Since the release of this album, Ben has also gone on to release 2 more recordings as a

whilst touring with Cirque du Soleil.