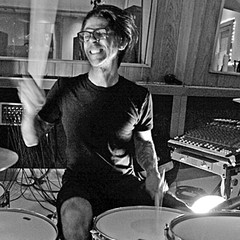 Atom got his start at 16 years old recording and touring with Rocket From The Crypt. After he left Rocket, he went on to tour with the Alkaline Trio and Moth. Atom joined ranks with Pat Wilson of Weezer to release the record, "Land Air Sea" from their band, The Special Goodness in 2003, which saw Pat playing guitar and singing. After touring with The Special Goodness, Willard joined the Offspring and hit the road with them from 2003-2007. Atom joined Angels and Airwaves after his touring commitments with the Offspring and briefly toured with Social Distortion in 2010. Atom is currently touring with Against Me!