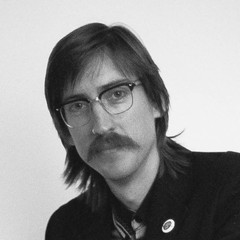 Since moving to New York in 2007, session drummer Arthur Vint has made a name for himself playing with a variety of diverse projects including the eclectic modern jazz of GaDaDu, the classic country of Zephaniah OHora, and the hot music of the 1920’s with Vince Giordano & The Nighthawks, among many others. He has toured extensively throughout North America, South America, and Europe with the band Postmodern Jukebox as their MD/bandleader and also maintains a busy performing schedule while at home. Arthur has recorded on over 40 albums and soundtracks and has appeared in episodes of ‘Boardwalk Empire’ and the film ‘John Wick’. His own band, Arthur Vint & Associates, plays a unique blend of modern jazz and classic country and has released two albums on the Ropeadope record label. Arthur divides his time between New York City and his hometown of Tucson, where he is on jazz faculty of the University of Arizona. He has played Remo drumheads since he first picked up a pair of sticks and is a proud member of #TeamRemo!

“I’ve played Remo drumheads my whole life, as they are the best damn drum heads out there and are the standard against which all other heads are measured.”