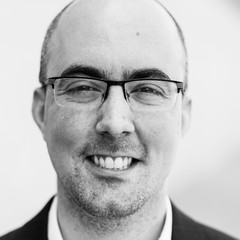 Drew currently serves as an Adjunct Instructor of Percussion at Northwest Missouri State University. He teaches undergraduate lessons and is a regular performer with the Saint Joseph Symphony. In addition to this, Drew is a doctoral candidate in performance at the University of Arizona with a minor in Ethnomusicology.

Drew received a Bachelor’s degree in performance from Missouri State University. While in Springfield, he instructed and arranged for the MSU drumline and was a regular performer with the Springfield Symphony Orchestra. Recently, in the spring of 2015, he had the honor of being appointed Visiting Artist of Percussion at MSU.

He also holds a Master’s degree in performance from the University of Central Arkansas where he instructed and arranged for the UCA drumline. He served as Principal Timpanist/Percussionist with the Conway Symphony, as well as the UCA Wind Ensemble. While at UCA, Drew was featured on Blake Tyson’s album, Firefish. After finishing the degree, he served as an Adjunct Instructor of Music at Longview Community College in Lee’s Summit, Missouri, where he was also the Principal Percussionist of the Lee’s Summit Symphony.

Drew is a proud endorser of Innovative Percussion, Inc. and Remo, Inc.