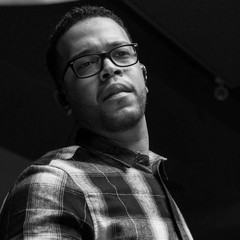 Anderson Quintero began his musical career at the age of seven, when he joined Salserin, the only children salsa orchestra in the world. Throughout his journey in this group, the young Quintero demonstrated the talent inherited from his father and the rest of his paternal family, who have been recognized as the greatest percussionists in Venezuela.

During 2004 and 2005, Quintero was part of the band that accompanied Venezuelan singer/songwriter/Grammy Award Winner Franco de Vita on his tour “Mil y una Historias”, visiting more than 10 countries and 2 Grammy nominations in 2006. That same year Quintero met up with two ex-band members of Salserin, Servando and Florentino, and joined their band playing drums and the timbales.

Anderson worked on a musical about the life of the “Guarachera de América” Celia Cruz, in an Off-Broadway show. He was a first-call session drummer in Venezuela and has recorded with the most important artist in that country in many different styles of music. He was also on tour with the Venezuelan Trombon Ensamble. In 2011 joined the band of Spanish singer Paloma San Basilio, playing drums for their American tour.

In 2011 Anderson also won a Grammy for Chino y Nacho’s album “mi nina bonita”. He recently recorded drums on the album “punto ciego” by Venezuela’s progressive rock band LEXESTET and on “third element” by Luisito Quintero. Anderson Currently finds himself in Los Angeles California, where he continues playing and recording for artist from different genres of music such as : Lucy Khanyan, Emmanuel,Miami Symphony Orchestra, Will Brahm, Mostly Kosher,

Harout Pamboukjian,Danny Rey ,Siroto,Leslie Grace & Maluma (Aire), Raul Agraz (Between Brother Latin Grammy 2016 nominee), Luisito Quintero (Third Element Latin Grammy 2015 nominee), Dances of Peru, Do you speak Djembe ( playing in the Ted Talk conference), Nestor Torres. He recently played with the Mexican superstar Yuri on the recording of her new DVD named "En Primera Fila ". in 2017 he joined the rock band PHILM and they are finishing the new studio record from the band and planing an extensive tour all around USA and Europe. He was chosen to be on the cover of the prestigious magazine DRUM CLUB in his most recent issue and also was chosen to be the face of Sabian’s new AAX cymbal line.