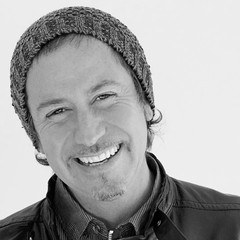 Originally hailing from Santiago, Chile, Alejandro Vegas’s introduction into music started with his passionate pursuit on the drum kit. His professional musical career began at the age of 16 in South America through high profile television appearances and tours. In an ironic twist, Alejandro’s career in percussion only began when he pursued his musical career in Australia. He is now regarded as one of Australia’s leading percussionists with a strong and varied repertoire in all things percussion.

Alejandro’s drumming style on kit is often identified by his distinct cadence bringing a unique feel to his sound. In recent years, this has allowed Alejandro to become a respected mentor to other rising artists and has also lead to the strong musical direction to the rhythm sections for various bands.

Career highlights include touring with the original voices and creators of the Little River Band. Touring with legendary Motown artists such as Mary Wilson, Martha and the Vandalas, The Temptations, The Four Tops and The Miracles. He is also best known as Dancing with the Stars (AU) long standing main percussionist since Season 1. Alejandro has had the opportunity to perform and record with renowned artists such as, Kylie Minogue, Olivia Newtown John, Michael Buble, Sara Bareilles, James Blunt, Jennifer Hudson, Simply Red and Michael Franti.

In 2013, Alejandro was selected as the main percussionist for the groundbreaking original musical production, King Kong (AU). His involvement with the production gave him the opportunity to work under the close musical direction of Marius de Vries during the developmental process. Further notable credit is Alejandro’s work in the musical production of Strictly Ballroom, under the direction of world-renowned director, Baz Lurhmann. As an independent and sessional artist, Alejandro’s percussive and drumming sounds have been heard at many live performances, television appearances and recordings both nationally and internationally over the decades.