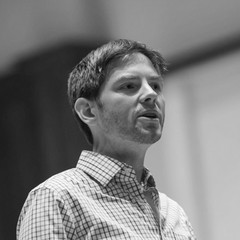 Adam Ginsburg is a freelance percussionist, arranger, and private lesson instructor in the southeastern Michigan area. Currently, Adam teaches lessons through his own private studio and though Emerson School in Ann Arbor, MI. In addition to his private teaching, Adam is the director of percussion at two-time GRAMMY National Signature School Ann Arbor Pioneer High School and Drumline Instructor for Concordia University Ann Arbor.

As an orchestral musician, Adam performs regularly with the Grand Rapids, Ann Arbor, Flint, Saginaw Bay, Greater Lansing, and Detroit Symphony Civic Orchestras. In addition to orchestral music, Adam is passionate about new music and chamber music. He has been involved with several chamber music groups and composers recently, including a performance on the University of Michigan’s Student Composers Concert. Adam also has extensive experience in marching percussion, having been a member of the 2002 Carolina Crown and 2003 Phantom Regiment Drum and Bugle Corps, both under the direction of Paul and Sandi Rennick, and since 2000, has instructed and arranged and cliniced for numerous groups throughout the country.

Adam currently resides in Ann Arbor, MI with his wife Kathryn and their miniature dachshund, Cadence.