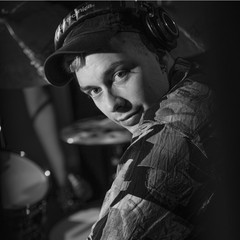 Noah Fürbringer was born in 1995 in Munich.  Started drumming at the age of 5.  Already then playing on Remo! From 2013 to 2016 member of the band of the singer/songwriter Ami Warning. From 2016 to 2020 studying at the ‚University for Popular Music’ in Mannheim, Germany. Various band-projects including his post-wave band, Fibel’ and international musicians like Noah Slee, Alex Han, Max Merseny, Moses Yoofee and Vincent von Schlippenbach. Lives in Berlin. Currently working on his first solo record titled "Noah & Friends".