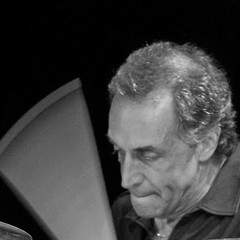 Kim Plainfield, drummer, originally from the San Francisco Bay Area, has been based in New York since 1977.  He has accumulated numerous performance and recording credits during his professional career, which he started in earnest at the age of 19 when he began playing with Mingo Lewis and subsequently secured the drum chair with the Pointer Sisters.

Some three years later, at the age of 22, Kim moved to New York City where Kenwood Dennard introduced him to the Drummers Collective.  This is where Kim’s pedagogical career took hold.  He then started playing with Bill Connors, the world-renowned guitarist from Chick Corea’s original Electric Band, and Didier Lockwood, the unparalleled French jazz violinist. Recordings, where Kim participated, that deserve mention are “Double Up” and “Assembler” by Bill Connors and “Live At The Olympia” by Didier Lockwood.  All three recording are considered icons of contemporary fusion music. Worldwide, Kim is one of the first addresses when looking for modern drumming.  His unbelievable technical abilities and versatile musicality bring audiences to enthusiastic amazement. He is a drummer of true and deep and organic musicality.

Kim embarked on a solo career in 1993 and has since been touring Europe as a leader, at least twice a year, to ever increasing audiences and superb press reviews. His groups have included world class musicians such as Lincoln Goines, Bill O’Connell, Didier Lockwood, Mark Soskin and Tom Kennedy.

Kim’s second CD as a leader, ‘Jacob’s Ladder’, is scheduled to be released in November 2011 with the ESC label.  This project features Sheryl Bailey on Guitar, Bill O’Connell on Piano and Lincoln Goines on Bass.

As an educator, Kim is Chairman of the Faculty at The Collective in New York City where he has taught since 1979.  In the fall of 2002 Kim accepted an Associate Professor position at Berklee School of Music.  His first book “Advanced Concepts” is known as the bible of modern progressive drumming.  His second, “Fusion: A Study In Contemporary Music For The Drums”, was released by Carl Fischer Publications and is distributed by Hal Leonard Publications.

He has conducted countless clinics in Europe, the United States, Japan and Central America, as well as extended artist-in-residence programs at various conservatories in Europe.  In November of 2002 Kim was featured clinician at the International Percussive Arts Society Convention in Columbus, Ohio.  In February of 2012 he received the distinct honor of a promotion to full Professor at Berklee College of Music.